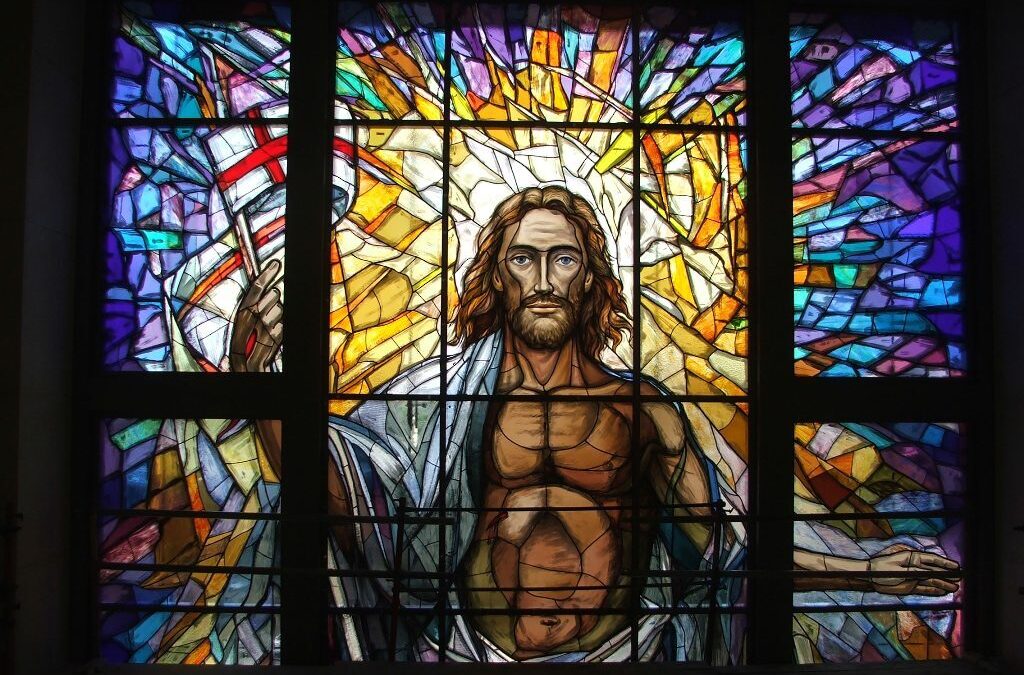 Hello & Welcome! Today we’re talking about Icons! If you’re new to the blog allow me to explain, I’m the pocket theologian and here I like to take a theological or philosophical concept and explain it as concisely as possible. We’ll first talk about the historical context of Icons, then discuss some misconceptions, and finally summarize. I see no need to delay any further so let’s begin:

Icons are religious images or symbols, something that usually stands in for something else. A few examples are the cross, in Christianity, the seven candle thing in Judaism, or the yin yang in eastern religions. These are all types of Icons. However, in contemporary thought an Icon is usually an object. A physical item which symbolizes or depicts something. In christianity an Icon is typically a painting depicting a significant religious figure or event. Jesus, and his disciples are very common choices. Stained glass windows also are a form of Icon, they are the Icon of choice for Roman Catholicism. However Icons are most venerated and appreciated in Eastern Orthodox Christianity. And their form usually takes the shape of paintings. A few famous examples are the following: Christ Almighty, Christ the Redeemer, Christ Pantocrator and Joy of All Who Sorrow, plus a whole host of others.

Moving on to the historical context of Icons. The first Icons were paintings and drawings on the walls of the catacombs where Christians met in their first few centuries. Continuing on to the walls of churches built specifically for Christianity, which were uncommon for a long period. And Icons continued from this point up until one particularly ugly event in Christian history. Known as the Iconoclast controversy. Iconiclasm is a term used for the destruction of Icons. The Controversy started when a cult, made up of Christian fanatics, began worshiping and emphasizing Icons. Saying they possessed autonomy, or were gods themselves. This was fiercely opposed by Leo III, the Roman Emperor in 726 AD. He eventually decreed the worship of Icons to be completely outlawed, leading to many Icons being destroyed, and those who had them persecuted. Over the next hundred years, decrees and legislation were passed and repealed by several rulers until eventually in 843 AD, the widow of Theopulis officially condemned Iconiclasm, decreeing Icons sacred, and to be protected. An event that is celebrated as the Feast of Orthodoxy in Eastern Orthodox Christianity.

The Process for making an Icon was quite difficult and hard to do. It involved mixing eggs with your paint in order to give it a shine. Icons were exceptionally important to Christianity until Islam started to invade and began destroying many of the oldest Icons. With only a few surviving until the modern day.

Fun Fact: One of the very first Icons was the fish. Representing Jesus Christ, the fish was a reference to Jesus feeding in 5,000. As well as an acrostic for a statement declaring Jesus as lord. The “Jesus” fish is still used today, though does is still hold the same meaning? Let me know.

Now having studied the history, we can go over the misconceptions:

1. Icons themselves are Holy Icons do not carry any kind of divinity, you cannot pray to a Icon and have it work for you. The Icon is a connection to God, it is a way to help you focus during prayer and other times.

2. Icons are no longer relevant or can be ignored, several denominations including Orthodox and Roman Catholic consider Icons to be valuable pieces of religious art, they are not divine in and of themselves, but are still important all the same. Furthermore Icons were first created by newly saved Christians who rejoiced at their new lives and let flow out of them by making art. Icons then also symbolize joy and conversion, things which should never be ignored.

3. There are a lot of Icons. Unfortunately many of the Icons from ancient times have been destroyed either in the Iconiclast controversy or in the Arab invasions which came later. Very few Icons of the early church remain, leaving the church today with very little to remember it’s past. A real tragedy, if you ask me!

To bring all this together then, an Icon is a religious item or symbol that points to something else or refers back to something else in the religion. A unique definition can be found in Christianity, thanks to Easter Orthodox Christianity’s painting Icons. These Icons are phenomenally beautiful and refer back to numerous figures in Christian history, especially prominent are those depicting Jesus Christ and His divinity. Unfortunately, due to some disagreements about the nature of Icons many of them have been destroyed.

And that’s all I have for you on Icons, go in peace!