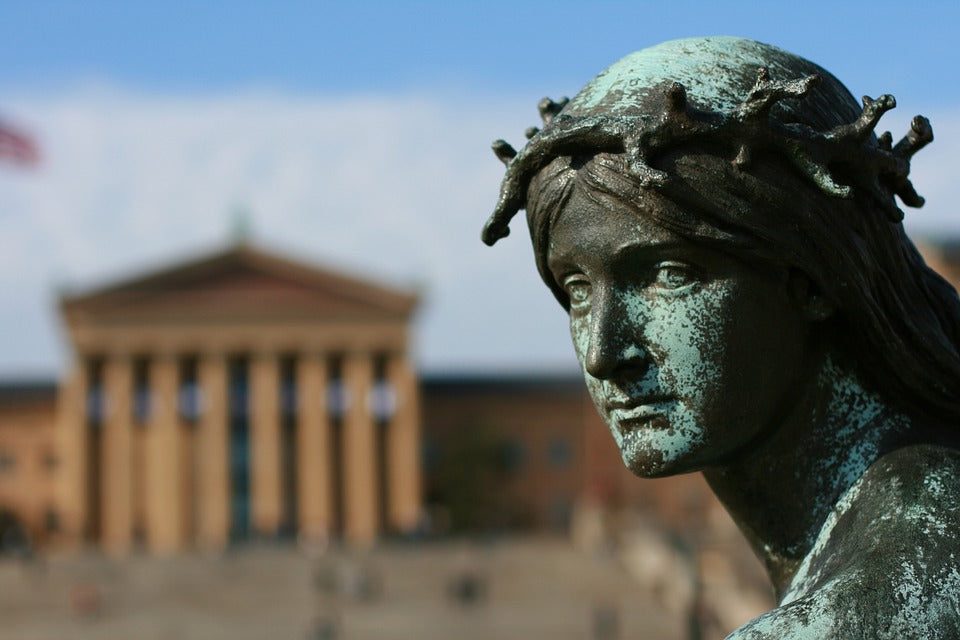 Hello & Welcome! Today we’re talking about Stoicism, the ancient Greek philosophy! If you’re new to the blog allow me to explain, I’m the pocket theologian and here I like to take a theological or philosophical concept and explain it as concisely as possible. In order to tackle today’s topic we’ll first discuss the history of stoicism, then go over some misconceptions, and finally summarize. Let’s get started!

History:
Stoicism was founded in the 3rd century BC by a man named Zeno of Citium, now my lovely readers, stoicism is unique in that it cannot fully be attributed to one philosopher. Unlike Platonic or Socratic philosophy, many philosophers had an influence on it and changed it accordingly. Because of this, most philosophers divide stoicism into three separate sections.

The first starts with Zeno of Citium, who made the unique choice to teach his students in a public sphere called the colonnade, in Athens, more on that later. This made stoicism accessible to the average joe. Which helped stoicism to take root in the Helenistic period. To the point that stoicism was even considered the top philosophy for a time. The last of the original stoic philosophers was Antipater of Tarsus, who was three generations removed from Zeno. It’s also around this time that a special man named Alexander of Macedon, began getting this crazy idea to conquer the world, taking Greek society and philosophy with him, while records are inconsistent about whether Alexander was a Stoic or not, his generals certainly were, and when he died in 323 BC they certainly spread it’s influence across the world.

This beginning the second generation of stoic philosophers. Starting with Panatius, and going until Posidonius. This generation of stoics, now finding greater demand for Greek philosophy in the world, began carrying Greek philosophy to the newly conquered four corners of the world. Stoicism especially found a new haven in one of the big up and coming corners of the world, a new city called Rome, yes that Rome.

This change signaled an important change for stoicism as it began to get into the annals of Roman society and actually exercise a major influence. Such an influence in fact that several emperors, such as Nero and Vespian banished stoic philosophers from the city, doubtless because stoicism condemned the Epicurean lifestyles the emperors enjoyed.

Finally with Musonius Rufus the last great generation of stoic philosophers began, ending with truly one of the greatest the emperor himself, Marcus Aurelius. Who was actually fairly beloved by the people of Rome at the time, and contributed in no small way to the philosophy. After the fall of Rome, not too long after though, and the decline of Greek influence, stoicism and the other Greek philosophy’s fell by the wayside, to be surpassed by other philosophies.

Now that we’ve discussed the history of stoicism, let’s go over some misconceptions.

1. Their name.
Stoics or people who practice and believe in stoicism are NOT named that because they were quiet and melancholy, only focusing on what made sense.Their name, instead, comes from the painted porches of Athens where they would meet on the docks. Called the “stoi”, hence the people who met and talked there were “stoics”. So if you ever want to be a stoic, just paint your porch and sit under it, and attempt to look smart.

2. Their beliefs.
As we’ve discussed stoic means something different here in 2022 than it did in ancient Greece. As we discussed their name itself came from where they met, but the beliefs of stoicism simply focus more on virtue and logic, and how through these things a greater enlightenment can be achieved. Rather than living purely in the moment through emotion and pleasure, this is the distinct divide between the stoics and the Epicureans, more on that soon. Stoic philosophy doesn’t necessarily see these things as bad, merely as insufficient. Stoics could definitely express and feel these things, but the ultimate pinnacle of their existence, their “buddha” basically was a person who was so enlightened these things didn’t do anything for him anymore. To illustrate this point, one of the original great stoics Crissupus, (who is in the first generation of Stoic philosophers) is rumored to have died laughing, while the account of this is probably fake it does suit the point that stoics can have a good time too, they just don’t really want to.

3. Stoicism was inspired by another philosophy.
Named Cynicism which was created by Antisthenes, who was actually a disciple of Socrates, told you he had other students besides Plato. Now cynicism is significantly closer to the general idea of stoicism as it is perceived today. Funny how times change huh?

Summary:
So my readers, to sum up some of the basic tenants of stoicism isn’t easy, since it has truly changed quiet a bit since it’s inception, but through all these periods stoicism has maintained some key characteristics, starting with:

Naturalistic Ethics:
For those who heard our Aristotle episode, you’ll know that ethics is how people interact with each other. Determining what exactly is good or bad in a social setting. Stoics believe that a persons will should be in accordance with nature. Or how things naturally are. Any flaws in this logic or judgement usually stem from a lack of understanding about something. The best mind or will in a stoic’s mind is one that has no biases or preconceived notions of what is inherently right or wrong. The more a person learns, the better they will understand. This is an idea that they developed from our good friend, and previous guest on the Pocket Theologian, Socrates.

Formal Logic:
Formal Logic is a very clear and present characteristic of stoicism. It was developed after the first few stoics noted Socrates term based definitions for things. An example of this is how Socrates focused on Eudimonea. Goodness or enlightenment as his goal. Focusing purely on the word, stoic philosophers instead chose to follow the formal logic method, which takes a presupposition or a statement, and uses that to explain itself. An example would be, a rock doesn’t care if it gets moved, therefore a human, if he wants to be like a rock, shouldn’t care if they are moved. That’s the use idea, but other philosophers such as Crisupes like we talked about a few paragraphs ago, added deductive reasoning and a few more bells and whistles to it. But basically, formal logic is logic that relies on and proves itself, like a mathematical equation, rather than a story.

Monistic Physics:
So this is the process of how stoics explained the creation of the universe and the inevitable destruction of the universe. Basically they believed in a single pantheistic god. Which is in essence made up of the divine reason, and that humans are extension of that reason. And that through that reason the person can learn and develop more and more eventually letting go of their emotions and other useless baggage, fully becoming a sage, and no longer being swayed by the stimulus of the world.

And that’s all I have for you on stoicism, go in peace!