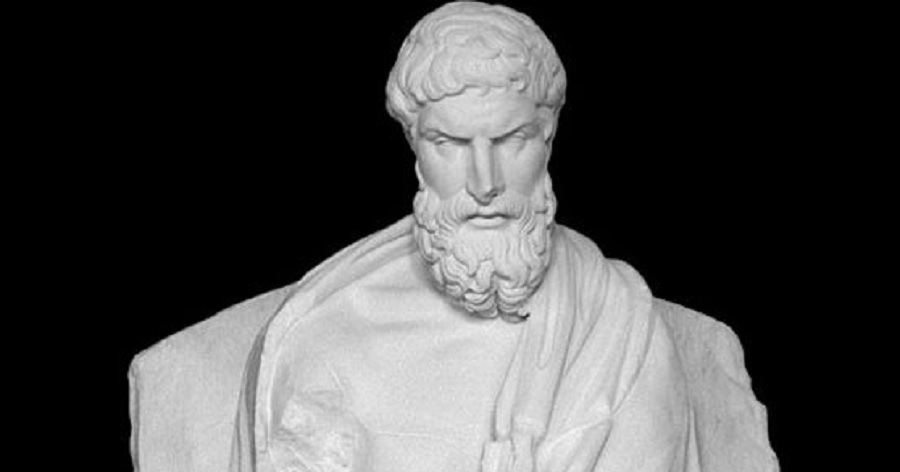 Hello & Welcome! Today we’re talking about Epicurean Philosophy! If you’re new to the blog allow me to explain, I’m the pocket theologian and here I like to take a theological or philosophical idea and explain it as concisely as possible. We’ll first introduce the topic, then discuss its history, before going over some notable figures, as well as discussing some key characteristics and misconceptions before finally summarizing and finishing up.

Introduction:
So what is Epicurean philosophy? Well it is a philosophy started by Epicurus, from whom it takes its name. Now Epicurus is one of what I call the “second generation” Greek Philosophers. With the first being Socrates, and his student, Plato, who then taught Aristotle. But Socrates actually inspired and taught many more people than just Plato, like we discussed in his episode. Socrates asked a question, and Epicurus and Zeno both came up with different answers. Zeno believed that through logic happiness could be obtained, while Epicurus believed that the greatest way to achieve happiness or fulfillment was based on the man – or what was felt best to the man!

Epicurean philosophy begins with Epicurus, who himself began in February of 341 BC in Samos in Greece. His parents were Neocles and Chaerestrate who were both Athenian; giving Epicurus privileges he would never had had otherwise. Now readers as you’ll recall, Plato died seven years before Epicurus was born, meaning that while Aristotle was in Macedonia, Epicurus was being raised in the typical Platonistic education, with one of his teachers Pamphilus, was a very outspoken Platonist. After completing his mandatory military service Epicurus returned home to be with his family where he was inspired by the teachings of Democritus and Pyrrho. Both taught to him by Nausiphanes his family teacher. He was also influenced by the Cynics, however Epicurus would try to deny it later.

Epicurus began teaching when he turned 30, ironically this is also when Zeno of Cythim arrived in Athens. But i’m afraid my fans of stoicism, it’s still another couple of years away. In the meantime Epicurus began teaching in Mytilene. When Stocisism did eventually pop up however, we have no records of Zeno and Epicurus having any major debates. Or really much communication at all! Any rivalry that existed between Epicureanism and Stoicism must have began after Epicurus life. Now much of Epicurus life was spent in defiance of Platonism, with over half of his 40 principal doctrines of Epicureanism denouncing it. Epicurus’s teachings caused strife in Mytilene and he was forced to leave. He then founded a school in Lampsacus before returning to Athens in 306 BC, where he remained until his death. There he founded, The Garden (κῆπος), a school named for the garden he owned that served as the school’s meeting place, about halfway between the locations of two other schools of philosophy, The Stoa and The Academy. Epicurus taught in Athens until he died in 270 BC in Athens, apparently due to a stone blocking his urinary track, which I think is a kidney stone, but I could be wrong.

Now Epicureanism continued to hold sway in Greece until past the time of Alexander the Great, however with the major powers of the world soon shifting to Rome. Epicureanism in the second and third centuries began to slowly loose its influence. Partly due to Christianity demonizing it, and also because several important Roman figures such as Cicero, also demonizing it. This is mostly because at least in the Roman Mind, Stoicism was significantly closer to the Roman ideal than Epicureanism. Which led Epicureanism to slowly begin to die out. With Augustne of Hippo declaring in the fifth century “It’s ashes are so cold, not even a single spark could be ignited from them.” And for over a thousand years this proved to be true, until… In 1417, a manuscript-hunter named Poggio Bracciolini discovered a copy of Lucretius’s “On the Nature of Things” in a monastery near Lake Constance. The discovery of this manuscript was met with immense excitement, because scholars were eager to analyze and study the teachings of classical philosophers and this previously-forgotten text contained the most comprehensive account of Epicurus’s teachings known in Latin. This put Epicurus back into the public sphere, but didn’t necessarily revive his teachings. This didn’t happen until the seventeenth century!

In order to explain this epicurian revival of thought, we must discuss the French priest, and philosopher in his own right, Pierre Gassendi. Pierre really didn’t like Aristotle, for some reason that I couldn’t determine he wished to dislodge Aristotlean philosophy from it’s perch as top philosophy in his day. To do so he wrote a treaty where he took Epicurus teachings, adapted them to a Christian audience and then circulated them. This put Epicurus in the hands of several important people, including several scientists, who were intrigued by his ideas on atoms. This began an epicurean revival that couldn’t have come a moment too soon, as this happy little thing called the Enlightenment soon came, breathing a whole helping of new life into Epicureanism, which still continues to this day. Some good sources for Epicurus life and teachings can be found in “The Life and Morals of Epicurus” by Pierre Gassendi, if you’re interested in more on this topic.

Epicurus: the founder of the philosophy, wrote many important documents related to it, and fully developed and created it. Epicureanism only exists because of it’s founder, and his conflicts and beliefs.

Cicero: Cicero actually HATED Epicureanism, publicly railing against it often. However, as anyone who knows Roman history will remember Cicero soon found himself exiled, and in this exile, Cicero actually found quite a bit to like about Epicureanism. And his letters even suggest he bought into it totally. Unfortunately, this was not to last, as soon as he could return to public life he quickly abandoned it. However, Cicero is notable for being one of several characters who gives Epicureanism a bad name.

Pierre Gassendi: reintroduced Epicurus into the modern mind, Pierre is perhaps is the biggest reason why Epicurus is still remembered in the general conscious today.

Now this leads us to something unique and massively important about Epicurus. He has this thing, this unique concept that Epicurus introduced. It is called Epicurus riddle! It is significant because it specifically lays out and is the basis for one critical philosophical idea. A rather famous one, I want to state it in its entirety, and then explain its connection to the concept, and then finally, answer it, in my own way, as best as I can. Here is the riddle:

Now you’ve probably already guessed it, but this is the problem of evil. The philosophical question to the existence of God. Which has been taken and used as a defense against Christianity for time unimaginable, thanks mostly to David Hume. However, it isn’t a proof against God, at least I don’t see it that way. Like we said Epicurus was NOT an atheist, he believed in gods, but doubted that they cared about humanity at all. Thus, he posits these question to those who says that gods exist AND care about man. This of course is a challenge to Christianity, which believes in the omnipotence of God, and the goodness of God. Anyway, though I’ve stalled enough, as a Christian, as a theologian, and as a philosopher what is my answer to Epicurus riddle?

Well, to Epicurus I would begin a Socratic dialogue by asking what exactly is good? Is it good for a person to only have good happen to them? Or is it good for a man to choose his own life, and his own circumstances. You have misunderstood not only the ability of God, but the character of Him as well. God sees how willful man is. How if you ask to do something for a man, or have a man do it himself, a man will most of the time do it himself. If you say otherwise your lying. So God, knowing this about man, because He knows everything. And because he is Good, allows man the choice, good or evil. This is good, that God allows a man to choose good or evil.

To summarize then Epicureanism is a largely misunderstood philosophical system with some interesting and unique characteristics that have both come into conflict with and been used to compliment Christianity. It believes that man is able to determine good individually, and that whatever is good for the individual is good. Therefore whatever is good or pleasurable to a man, is good. What do you think about this? Is it accurate? Wrong? Partially correct? Let me know…. you can post a comment with the form below!

And that’s all I have for you on Epicurean Philosophy, go in peace!