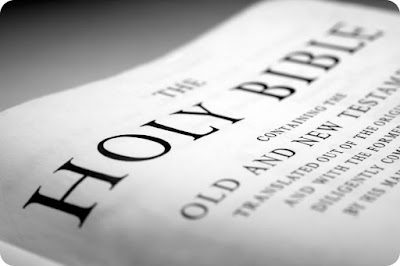 Hello & Welcome! Today we’re talking about canonization! The act of deciding and implementing sacred scripture in the Christian church. If you’re new to the blog allow me to explain, I’m the pocket theologian and here I like to take a theological or philosophical topic and explain it as concisely as possible while still doing the topic justice. We’ll first introduce the topic, which we’re doing right now, then we’ll discuss it’s history, then talk about some notable figures, then discuss some key characteristics and misconceptions, before finally summarizing. So let’s go ahead and get started.

So what exactly is canonization? Well, Canon comes from the Greek word Kanon, which mean “rule” “list” or “standard” so canon in the Christian sense refers to the list of books officially considered scripture by the religion of Christianity. Now like we talked about in our tradition episode, Scripture and the canon itself are both themselves a part of tradition. Where they were generally decided upon, and then canonized, and then held to because every generation of Christianity has before us. So canonization is the process of this canon be decided, why they did it, when they did it, and what were they thinking. So let’s talk about the history of canonization.

So to fully discuss the history of canonization we first have to discuss the two parts of it. The old and new testaments. Since the old came first let us discuss that and then explain why it’s so significant to Christianity.

The old obviously comes from Judaism, with them holding their own holy books. The old testament is by and large arranged chronologically, with the oldest books coming first and going into descending order. Which specifically are defined in three types, The law, the prophets and the psalms. I, however, will use a slightly different arrangement. Starting Specifically with the Torah (Genesis, Exodus, Leviticus, Numbers and Deuteronomy). These are considered to be specifically important both for Jewish life and history. After this we have, what I like to call, the historical books, these specifically address the history of the children of Israel in the promise land. Describing in detail how God provided and protected them during their times of trial. These are Joshua through Nehemiah, or Esther depending on who you talk to. Esther takes place during the Jewish captivity in Babylon, however it’s historical possibility is doubtful, and it is sometimes categorized by scholars into the poetry section of the Old Testament. Job is in a similar position. Job’s place is unique in the Old Testament since the dating of Job is vague, and a whole host of theories have been posited about when it was written and for what purpose. If Job was written during the time of Israel, then it belongs where it is, but many say that Job actually was written during the time of Genesis, around Abraham’s lifetime. While the legitimacy of this is questionable; it is a prevalent theory all the same. However, many scholars say that Job isn’t historical at all, but is a fabrication, a story told to teach Hebrew lads the virtue of patience and persistence. Then we have the poetry section, this are Hebrew works-of-art meant to praise God and teach lessons, these are the Psalms, Proverbs, Ecclesiastes, and Songs of Solomon. Like we said, depending on who you talk to Esther and Job are sometimes placed in this section as well. After this we have the prophets which go Isaiah to Malachi, which can both be divided into major and minors depending on length. With Isaiah, Jeremiah, and Daniel being majors, and Obadiah, Jonah, and Micah being minors, among many others.

Now is the time to bring up a very important concept into biblical canon, the idea of the apocrypha! So, in biblical canonization there exists a concept known as revelation, which is the idea that God inspired the scripture. That it comes from Him, and goes to man. However, what role does the messenger or writer play in the message? This is a question that permeates biblical interpretation and is relevant to our discussion about canon. Because of this, certain books, which cannot, or are largely doubted to, have been inspired by God, or written by somebody who was known to have been inspired by God are sometimes, and were when the Bible was being canonized, excluded. Now this is significant because there is a LARGE gap in time between the end of Malachi and the beginning of Matthew. This is what is called the inter-testamental period, and there is a great deal of apocryphal material in this section. Notable examples are 1 and 2 Macabees, but there are many, many, more. While sources are still hazy on whether God was still prophesying in this period, it is mostly confirmed that God was still speaking at least in some way during this period.

Now we get into the new testament, which by and large is divided like so, the four gospels each offering a different, yet essential, part of Christ’s character; Acts being the birth of the church and an eternal example to later generations; then the epistles to guard Christian behavior doctrine; and then Revelation, the Christian vision of the end times.

All of the New Testament was written and circulated between AD 35 and AD 100, with 1, 2, and 3 John being the last around AD 90. So by the second century virtually the entire New Testament has been written and is in circulation, John was the last of the original apostles to die around 90 AD, and now we’re getting into past 100 AD. after the New Testament in all it’s various pieces was circulated, a funny little fella known as Marcion arrived in the middle of the second century, now Marcion saw the Old Testament and the new books being written about Christ and decided they were diametrically opposed. They could not and are not speaking about the same god. So he threw out the entire Old Testament, and rearranged the New Testament as he saw fit, declaring these books as the true authoritative stance on God.

This didn’t please Christians in his day, who soon excommunicated him in 144 AD. Marcion’s cannon pretty much had the gospel of Luke, and most of Paul’s letters, but that was it. This immediately displeased Christianity for reasons that we’ll explain later. But basically this brought up the question: “If that’s not scripture, or cannon, then what is?” So Christianity then had to set to the task of deciding a canon, a list or a rule of what was allowed, and what was not. So Christianity began the long process of the canon, with several cities across Christendom each wanting their own unique pieces of scripture counted in the canon. With many special cities all holding pieces written to them by the apostles, for example the holy city of Rome, still had it’s letter from Paul that it wished to have counted. The writing was clearly Paul, who was clearly inspired by God so it was counted easily, and so on.

When it came to acceptance into the larger cannon, the old testament because of Marcion was seen as a must, but after that Matthew, Mark and Luke were all immediately counted as canon, John because of how much the Gnostics loved it, really struggled to gain the acceptance of Orthodoxy. Acts was easily accepted into the cannon because of how close it is to Luke. After this ALL and I mean all of Paul’s works were generally, easily accepted into the canon. So by the third century we, by and large, have the Bible as we know it today.

However the rest…wasn’t quite so cut and dry, the lower epistles (1,2, and 3 John, the Peter’s, Hebrews) were pretty heavily debated as they began circulation LONG after their supposed apostles were dead. The John’s can be explain by the idea of the Apostle John writing in concert with several other associates, who then circulated his letters to them. Peter’s could also be this case. However Hebrews was and still is anonymous. Many attribute it to be Paul but several theologians, this one included, doubt that claim for a variety of reasons. Revelation was almost not added to the canon after the conversion of Constantine in the third century, since it was and could still be a harsh demonization of the Roman Empire.

Before we leave the history is in important to note that this question, of who can decide scripture and who cannot, who is right and who is wrong; helped give rise to the doctrine of apostolic succession, central to the catholic church and demonized by protestants, which to me is an important thing to note.

Speaking of Protestants, after the cannon was established it remained largely unchanged until Martin Luther came around and decided to streamline the Bible in a few key ways. For one he stripped out many of the Old Testament apocryphal books, and a few of the New Tesamental ones, BUT he also tried to get rid of Hebrews, James, Jude, and Revelation. He did this both because in his scholarly opinion, he didn’t think they were the Word of God, since they disagreed with Protestant teaching. Luther wanted the purest gospel he could manage to be the one given to the basic people. He translated it into German and then dispersed it. However many of his followers disagreed with this idea and kept in at least Hebrews, Jude, James, and Revelation.

Now it is the version his students preserved that has since been passed down. Known as the Luther bible, this work inspired William Tyndale to make one of the first english bibles (The Wycliff bible predates it by a few years) the Tyndale bible, which then led to the creation of the Geneva bible, or the Great Bible as it is called, which was the first bible to ever use chapter and verse in a written form. This then led to the Bishops Bible and then the world famous King James Bible, or as we call it today, the King James Version.

These translations led to the bibles that we have today. Take heart in knowing the thousands of people who have critiqued and cared for the words you read. Before moving on let’s talk some notable figures, starting with:

Marcion: The reason we have a cannon, in an alternate world somewhere Marcion didn’t commit heresy and we just have a general body of scripture to pull from. Think about how many other religions use holy texts, and think about how much of an influence Christianity has played because of it’s bible, and how different all of that would be without a bible. Marcion may have committed heresy, but the aftermath of that decision has echoed throughout the hallways of time. And still stand boldly today.

Martin Luther: I give Luther a bad rap, but honestly this is one amazing thing he did for the church. A German bible paved the way for thousands of millions of people to be able to hear and understand the word of the lord. And that is a cause truly wonderful, even if he got so high on his own fumes that he tried to rip out parts of the bible. But hey, what can you do.

If you want to read some more here are some good sources for you: History of the Church, and Biblical Interpretation Here I stand.

So canonization was the long process of God enlightening his servants about what works he directly spoke through and which one’s we needed to look for him in. So next time you read your bible, maybe look for an apocrypha and see if you personally can find God with what’s in it.

And that’s all I have for you on canonization, go in peace!